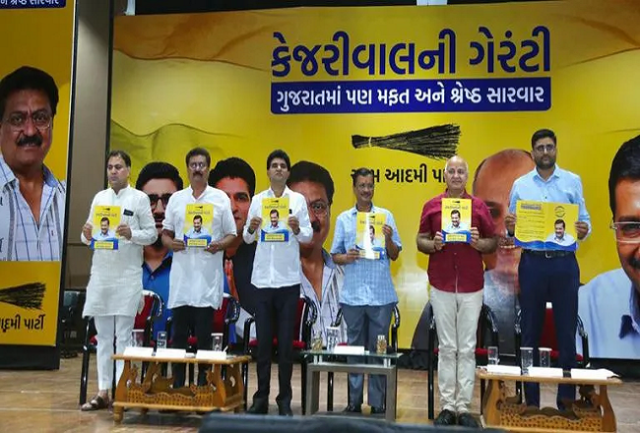 The Aam Aadmi Party (AAP) has released its third list of ten candidates for the upcoming Gujarat assembly polls, the announced by Gujarat AAP president Gopal Italia, has two candidates from Ahmedabad — Kalpesh Patel (Bholabhai), a businessman, for the Vejalpur seat and Dinesh Kapadia, retired mamlatdar, for the Danilimda seat.

The AAP has fielded Jivan Jungi, a prominent fisherman leader from Porbandar. Former Congress spokesperson and businessman Kailash Gadhvi has been nominated as a candidate from the Mandvi seat in Kutch while orthopaedic surgeon Dr Ramesh Patel was given a ticket to contest from the Deesa seat.