The first batch of Rafale fighter jets that took off from France on Monday has landed at the Ambala airbase.

The squadron of Rafale jets will be stationed at the Ambala air base in Haryana. The jets took off from the Merignac airbase in French port city of Bordeaux on Monday and will arrive here after covering a distance of 7,000 km with air-to-air refuelling and a single stop in the United Arab Emirates.

In historic moments for the Indian Air Force, the first batch of five Rafale combat jets entered the Indian air space on its way to Ambala airbase from France, officials said. 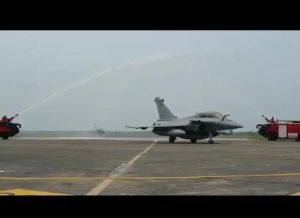 Water salute given to the five Rafale fighter aircraft after their landing at Ambala airbase in Haryana. 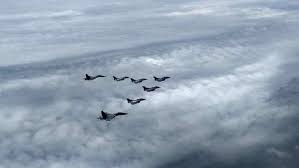 The five Rafales escorted by 02 SU30 MKIs as they enter the Indian air space,” read another tweet from the Defence Minister’s Office.

The first five Rafale fighters tore into the skies over France with sonic booms on Monday to begin their 7,000-km flight to India, which will include mid-air refueling and an overnight pit stop in UAE.
Rafale fighter jets when five of them would be touching down at the Indian Air Force (IAF) station at Ambala Cantonment in the afternoon on Wednesday. Ambala district administration and police deputed tight security around IAF airbase and barricaded all the roads leading to Ambala Cantonment. The movement of general public and media was stopped at entry point near Jaggi City Centre in Ambala Cantt. As per information the residents are enthusiastic about arrival and they are planning celebration with distribution of sweets, dancing on drum beats, leaving balloons in the air and turning their house lights on between 7 to 7.30 pm in the evening.

Water salute to be given to the five Rafale fighter aircraft after their landing at Ambala airbase in Haryana today. Air Force Chief RKS Bhadauria to be present at the airbase at that time. 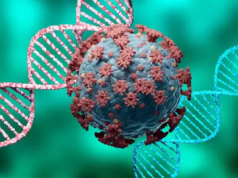