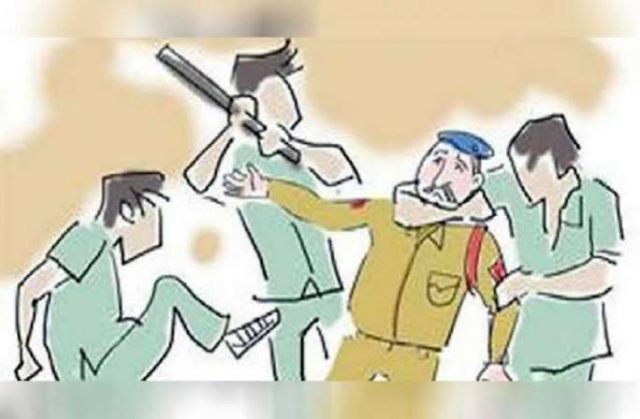 According to police officials, the incident took place in Kasai Mohalla of Panch Batti area under Kotwali police station limits.

“The injured cops were patrolling in the morning. Around 8am, when they saw some people were roaming unnecessarily in the curfew hit area and when these cops asked them to stay inside their homes, the accused started beating them,” Vipin Sharma, Tonk’s additional superintendent of police, said.

Five policemen on patrolling duty were attacked by more than a dozen people after they asked them to stay at home in an area under curfew over the coronavirus pandemic in Rajasthan’s Tonk district, officials said.

The injured policemen were rushed to a government hospital after which two of them were discharged while three are still undergoing treatment.