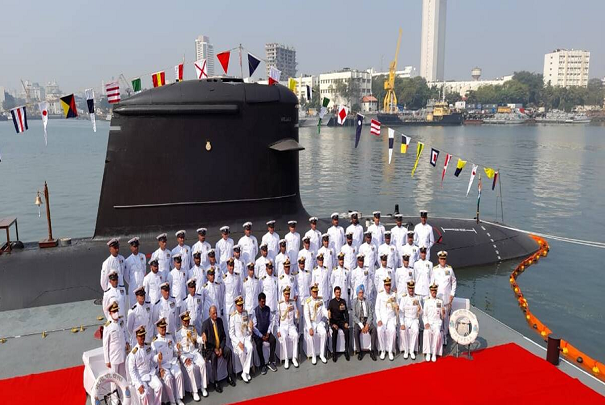 In the presence of the chief of naval staff Admiral Karambir Singh, Indian Navy commissioned India’s fourth Scorpene-class submarine INS Vela at the naval dockyard in Maharashtra’s Mumbai. It has been built by Mazagon Dock Shipbuilders Ltd in collaboration with M/s Naval Group of France.

This is the fourth of the six submarines the Indian Navy is to induct under the Kalvari-class submarine Project-75.

The Navy said in a statement, “The submarine’s motto ‘Vigilant, Valiant, Victorious’ epitomizes the submarine’s spirit in achieving the tasks at hand. The motto inspires the crew to the alert and prepared always to face and surmount all challenges the submarine faces and emerge triumphant every time, Designated as “Yard 11878” during its construction, INS Vela is the fourth Scorpene-class submarine built by MDL in collaboration with Naval Group of France. “The association of numerous Indian companies in building the platform makes it a true representation of the ‘Make in India’ concept.”