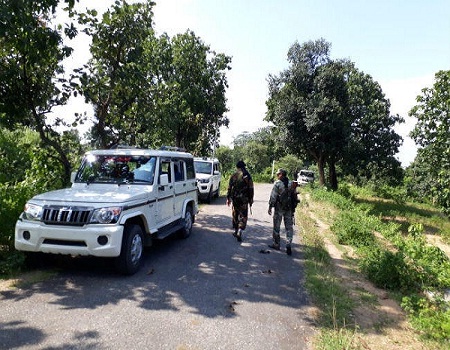 (G.N.S) Dt. 04
Ranchi
Two jaguars jawans were killed in an encounter with Naxalites in Jharkhand capital Ranchi this morning near Dassam Falls. There are also reports of injuries to some jawans who have been admitted to Ranchi Astal. Ranchi SSP and DIG reached the spot and took information. Search operation is going on in the area. The operation was being carried out after the presence of Naxalites in the area. Meanwhile, this encounter took place in the early hours of Friday.
The names of the martyred soldiers are Kanchan Prasad Mahato and Akhilesh Ram, in the encounter, the soldier Akhilesh Ram was seriously injured, who was brought to Medica Hospital for treatment, he succumbed during treatment. He was hit by three bullets. Late Thursday night, secret information was found that the Naxalite squad is hidden near Dasham Fall. A campaign was conducted by the STF and District Police on information. Police and Naxalites got into an encounter on Friday morning.