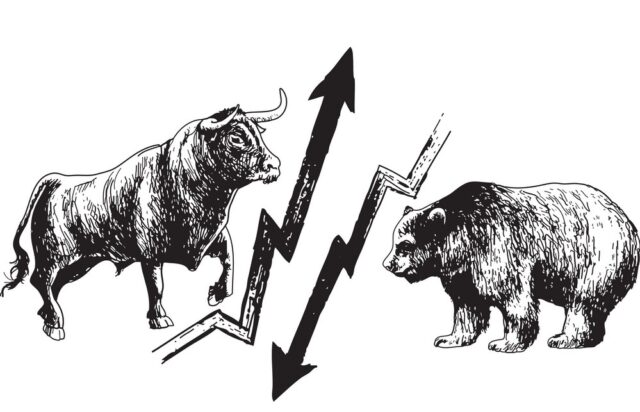 Indian equity benchmarks added gains in today deals to trade near day’s high points, despite mixed cues from other Asian markets. Traders were optimistic as the Centre said the number of beneficiaries under the PM-KISAN scheme has crossed 10 crore, increasing more than three-fold from 3.16 crore farmers covered under the first instalment period in early 2019.

However, there was some anxiety over the street amid private report stating that with a fast drawdown of India’s forex reserves, some investors are raising the concern that a drop below $500 billion would force the RBI to hike more aggressively. Besides, HDFC Chairman Deepak Parekh said that India would remain one of the fastest-growing major economies but it is not decoupled from the world and will face some slowdown.

Meanwhile, rating agency ICRA has projected the year-on-year (YoY) growth of the Gross domestic product (GDP) and gross value added (GVA) at basic prices (at constant 2011-12 prices) in the second quarter of the current fiscal (Q2FY23) at 6.5% and 6.3%, respectively, a base effect-led halving from the 13.5% and 12.7%, respectively recorded in Q1 FY2023. However, it said the growth in the GDP over the pre-Covid levels is expected to double to around 8% in Q2 FY23 relative to the 3.8% seen in the previous quarter, with a widening of the economic recovery.

ICRA estimates the sectoral growth in Q2 FY23 to be driven by the services sector (+9.4%), with a subdued trend foreseen for the industry (+2.0%), and agriculture, forestry and fishing (+2.5%). Travel-related services have recorded a healthy recovery since the onset of FY2023, benefitting from pent-up demand related to corporate travel and increasing confidence for availing leisure services amid the decline in trajectory of Covid-19 infections. As many as nine of the 16 service sector high frequency indicators reported a double-digit YoY expansion in Q2 FY23.

In particular, the combined revenue expenditure (revex) of the 24 state governments for which data is available, posted a considerable YoY growth of 16.7% in Q2 FY23. In addition, other services, which include education, healthcare, recreation, and other personal services, are likely to have seen a sustained demand in this quarter. However, the government’s non-interest revenue expenditure contracted by 1.4% in Q2 FY23. Overall, ICRA projects the GVA growth of the services sector at a robust 9.4% in Q2 FY23.

Technically, the important key resistances are placed in Nifty future are at 18373 levels, which could offer for the market on the higher side. Sustainability above this zone would signal opens the door for a directional up move with immediate resistances seen at 18404 – 18474 levels. Immediate support is placed at 18088 – 18008 levels.