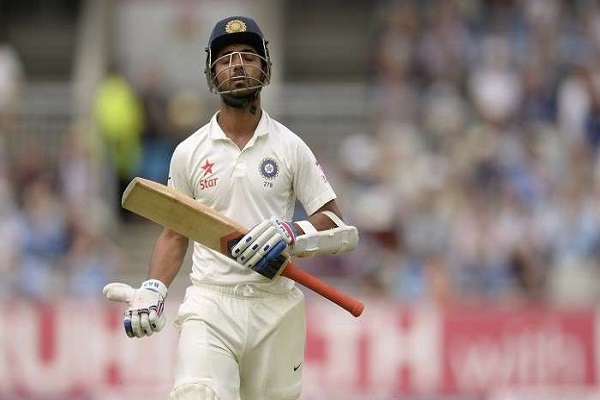 (G.N.S) Dt.23
Antiga
When Ajinkya Rahane came to bat, India’s score was 25 for three. His team was in trouble in the first Test against the West Indies. At this time, he took the team hard by playing 81 innings. Rahane may not have scored a century but he is happy to play a useful innings for the team. Rahane scored a century in Test cricket two years ago, but he is not sorry for missing it on Thursday. Rahane says he is not ‘selfish’. Rahane knew that he would definitely be asked the question of missing a century. He scored his last century against Sri Lanka in 2017. By the end of the day’s play, India’s score was 203 for six wickets. Rahane said at the press conference after the end of the day’s play, “As long as I am at the crease, I only think about the team, I am not selfish.” So yes
It would have been good to score a century, but playing more depends on the situation. Rahane said, as long as I am contributing to the team it matters more. Yes, I was thinking about my century but the situation – three wickets for 25 runs – was a bit difficult. And like I said, I just wanted to do well for the team. I was not too worried about my century because I would have become myself playing according to the situation.
The 31-year-old batsman played cricket for the English County Hampshire for a few months. He played seven matches for the county, scoring a century and a half century. The Mumbai batsman feels that it is too early to say whether he has benefited from playing in the county or not, but of course it got some good batting practice. From the point of view of the match, the 68-run partnership between Rahane and KL Rahul was very important. Rahane said, ‘It was very important to be positive in those circumstances. He bowled very well throughout the day. In those circumstances, partnership with Rahul was very important. We were not thinking ahead. Our goal was to play thinking about just one ball.