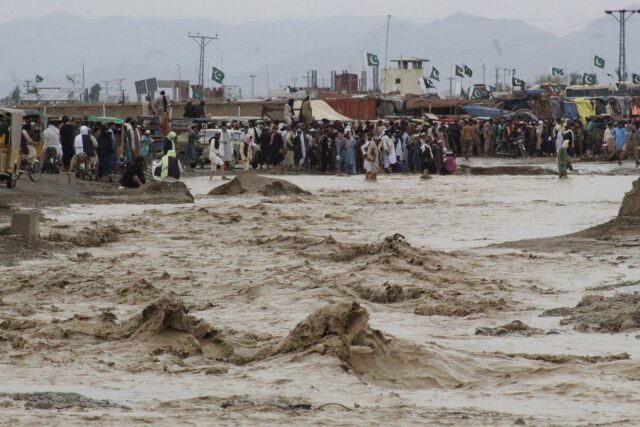 An emergency has been declared by Pakistan’s government due to floods caused by heavy rains, at least 900 people lost their lives and many are still missing.

The National Disaster Management Agency (NDMA) said on Friday that more than 900 people had been killed this year — including 34 in the last 24 hours — as a result of the monsoon rains that began in June.

Officials say this year’s floods are comparable to 2010 — the worst on record — when over 2,000 people died and nearly a fifth of the country was under water.

“I have never seen such huge flooding because of rains in my life,” octogenarian farmer Rahim Bakhsh Brohi told AFP near Sukkur, in southern Sindh province.