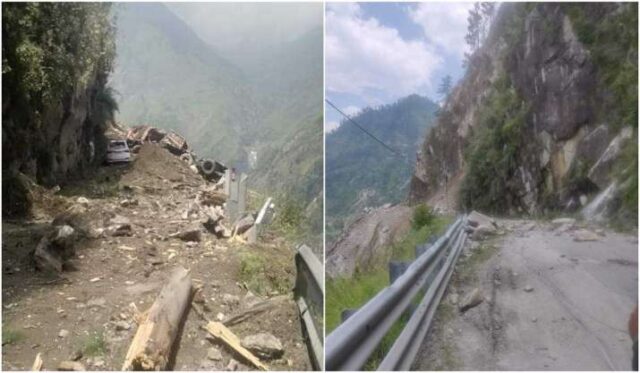 After a landslide in Himachal Pradesh’s Kinnaur in the noon timing, several vehicles buried under debris, three persons died, while seven injured have been taken to the hospital.

A Himachal Pradesh state-run bus, a truck and a few cars were trapped after the landslide blocked the Reckong Peo-Shimla highway. The bus, travelling to Shimla, reportedly had 40 people on board.

Around 200 troops of the Indo-Tibetan Border Police (ITBP) were sent for rescue efforts. “We expect the rescue operations to continue through the night, if not longer, the area is currently very dangerous” Vivek Pandey, an ITBP spokesman, was quoted as media sources reported.

Deputy Commissioner, Kinnaur, Abid Hussain Sadiq told PTI that several vehicles, including a Himachal Road Transport Corporation (HRTC) bus carrying over 40 passengers, are buried under the debris. The bus was on its way from Reckong Peo in Kinnaur to Shimla, he said.

Teams of ITBP from the 43rd Battalion, 17th Battalion and 19th Battalion are carrying out the rescue operations. NDRF, CISF, and the police have also reached the spot.