(G.N.S) Dt. 19
Ludhiana
Police has arrested two drug peddlers, including a Mizoram woman, after 2kg heroin was recovered from their possession at a check-post on Khanna -Delhi National Highway.
The police claimed that it was for the first time a Mizoram resident had been arrested with a drug haul.
Khanna senior superintendent of police (SSP) Navjot Singh Mahal said, “Around 4pm, police had set up a check-post near a mall in Alaud village on Khanna-Delhi National Highway. A grey Toyota Etios (DL10CE-5941) coming from Gobindgarh side was flagged down. The taxi driver – Raj Kumar Saxena, 42, a resident of New Delhi – and the woman passenger – Lalchu Vanli Nealoom, 29, of Lawngtlai, Mizoram – were arrested after two kilograms of heroin was recovered from the car. It was packed in a black polythene hid between the front seats. The contraband is worth Rs 10 crore in international market.”
DSP D Ranjeet Singh said the accused would procure heroin from Delhi to supply it in Punjab. They were taking the consignment to Jalandhar and Nabha. The police said Nealoom did her bachelor of arts (BA) and bachelor of education (BEd) from DU. Another woman had handed over the consignment to her in Delhi. Police said, “The woman earlier worked in a Delhi company. After identifying their clients, police raided their places, but to no avail.” A case has been registered. 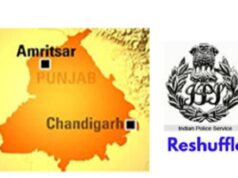 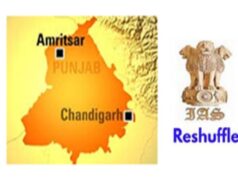