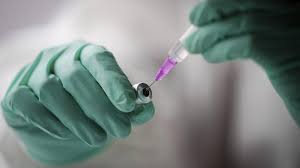 Health ministry of Japan has given approval for the use of a smallpox vaccine believed to be effective against monkeypox. The smallpox vaccine approved by the ministry is thought to be 85 per cent effective against monkeypox, health officials said. The move came after Japan confirmed two cases of the disease in late July in men in their 30s, who had both travelled overseas, and the government announced preemptive measures to prevent the spread of the disease.

As per the reports from Health department, as for treatment, the health ministry is looking into a medication called tecovirimat, which is an oral medication also used to treat smallpox, Xinhua news agency reported. Symptoms of the tropical disease, spread through close physical contact, are similar to those of smallpox and include fever, extensive rashes, skin lesions and swollen lymph nodes, following an incubation period of five to 21 days.

Japan’s health ministry also said it is creating a system whereby local health authorities will be able to test for monkeypox and is urging further domestic cases of the disease to be promptly reported. Whether to provide vaccinations for medical staff, laboratory personnel and health centre workers requesting to be vaccinated will also be discussed by officials, the ministry said.