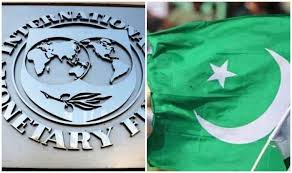 The seventh and eighth reviews of Pakistan’s bailout programme, has been given approval by the International Monetary Fund (IMF) board, allowing for a release of over $1.1 billion to the cash-strapped economy.

IMF agreed to extend the programme by a year and increase the total funding by 720 million special drawing rights, or about $940 million as per the current exchange.
The floods were not mentioned in the fund’s statement.

The funds will be a lifeline to the South Asian country suffering from devastating floods which have inflicted damage of at least $10 billion according to the country’s planning minister.

In a statement, IMF Deputy Managing Director Antoinette Sayeh said adhering to scheduled increases in fuel levies and energy tariffs is “essential” as Pakistan’s economy “has been buffeted by adverse external conditions.” These include “spillovers from the war in Ukraine, and domestic challenges, including from accommodative policies that resulted in uneven and unbalanced growth,” he noted.