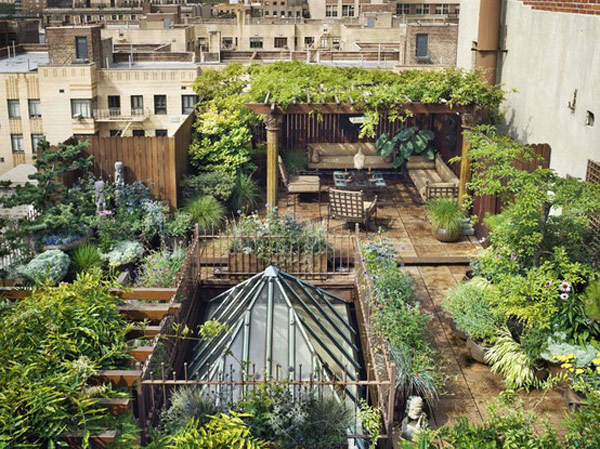 New Delhi: Not only Delhi but many other big cities of the country are reeling under severe air pollution conditions with every efforts being made to bring it to the livable conditions but of no avail. Now this menace is spreading across to even tier two cities of the country and Union environment minister Prakash Javadekar recently visited Spain to discuss about the environmental concerns of the world.

Efforts from every quarter are being made to deal with this menace. Even some corporate houses and entrepreneurs too have come up with ideas, solutions and assistance to make environment clean. Even the government is encouraging such efforts. LVL AWSM is one such project that works under the aegis of 10by10 studio that reclaims disused and underutilized spaces in the city could be used for helping ecology in a big way such as vacant terraces through urban farming and restoration of ecology.  The intent is to repair the damages that have tagged along with the many benefits of urbanization by giving back to nature the area that is occupied traditionally by building footprints. With the Air Quality Index deteriorating in Indian cities, LVL AWSM provides a smart solution to combat the issue by adding pollution-fighting plants and trees to the urbanscape. It provides technology and guidance to this effect. More interestingly these are approved by the rating agencies such as LEED, WELL, IGBC and others.

As far as reduction in pollution is concerned, it has already achieved considerable feet in improving the air quality by transforming 12 rooftops across Bengaluru, which has created  46 acres of green carpet and added 12,198 trees to the city’s green belt. The most interesting aspect is that it does not pinch in your pocket as the approximate costing comes between र800- र1500 per square feet.

People working with the concept said that though it does not hold any certification stating the technological assistance towards the ecology. However, operations are undertaken in accordance with certain measures which are scientifically followed by architectural industry – – approved by rating agencies such as LEED, WELL, IGBC and others.