(G.N.S) Dt. 26 (Rakesh Ranjan)
New Delhi
The Election Commission of India has forwarded to the department of revenue a complaint about the valuation of the Uttarakhand CM’s properties filed during the 2017 Assembly election. This follows Jan Sangharsh Morcha chief Raghunath Singh Negi alleging that Trivendra Singh Rawat had not stated correct information about his properties in the 2017 Assembly election nomination. The letter written by the ECI under secretary Santosh Kumar to the chairperson fo the Central Board of Direct Taxes, Department of Revenue, states that “I am directed to refer to the subject cited and to forward herewith a copy of the complaint dated October 30, 2017, received from Raghunath Singh Negi, Dehradun for re-valuation of the immovable properties of Trivendra Singh Rawat which have been declared in the affidavit furnished in the legislative assembly election of Uttarakhand in 2017. A report may be sent to the Commission in this regard,” the letter states. 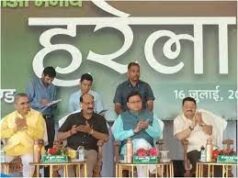 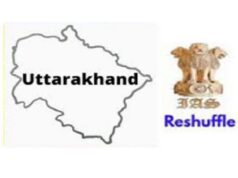