(G.N.S) Dt. 26
New Delhi
Chief Minister Arvind Kejriwal was not invited to the launch of Delhi Metro’s Magenta Line out of the fear that he might publicly demand a rollback of the fare hike, his deputy Manish Sisodia said on Monday. The Deputy Chief Minister went on to say that by not inviting the Chief Minister to the inauguration programme at Noida was an “insult” to the people of Delhi. Interestingly, Monday’s launch of a new section of Delhi Metro Rail Corporation (DMRC),was the third metro launch where Kejriwal has not been invited to since 2015. On all the three occasions, PM Modi inaugurated the lines. This time PM Modi had by his side Uttar Pradesh Chief Minister Yogi Adityanath — Noida is in UP — and the two leaders rode the metro, sitting side-by-side from Noida to Okhla Bird Sanctuary.
Sisodia’s observations came minutes after Prime Minister Narendra Modi inaugurated the 12.38-km stretch of the Magenta Line, between the Kalkaji Mandir and Botanical Garden metro stations, in the presence of Uttar Pradesh Chief Minister Yogi Adityanath. “Not calling the Delhi Chief Minister in an inauguration of a Delhi Metro project is an insult of the people of Delhi. There’s only one reason behind not inviting Kejriwal, the fear that he may urge the Prime Minister to roll back the fare hike (sic),” the Aam Aadmi Party (AAP) leader tweeted. Of the nine stations on the Magenta Line, seven are within the boundaries of Delhi, while the remaining two are in Noida. Those who had hiked the metro fares were “scared” of the AAP supremo, Sisodia said. Almost on cue, AAP leaders and volunteers started tweeting with #TakeCreditButReduceFare.
When reporters asked Kejriwal for comments on the issue at a Christmas event in the city, the Chief Minister evaded a reply, saying the occasion was not right to talk about it. However, he retweeted Sisodia’s tweets.
AAP leader Dilip Kumar Pandey also slammed the DMRC, saying “seven of nine stations of Magenta Line falls in Delhi and half of the money is paid by the Delhi Government to the Delhi Metro, but the inauguration invitation was sent to PM, Chief Ministers of Uttar Pradesh and Haryana”.
“The problem is with Delhi man (Arvind Kejriwal). Everything is accepted but don’t rob Delhi people. Take credit but reduce fare.” Delhi Metro fares were hiked for the second time this year as proposed by the Fare Fixation Committee. As per the new fare, commuters who paid Rs 15 for travelling 2-5 km are now paying Rs 20. And, the maximum fare has been increased to Rs 60 as compared to previous rate of Rs 50. The hike was vociferously opposed by the Delhi Government which accused the transporter of inefficiency and demanded that hike be withheld. The Kejriwal Government has been at loggerheads with the Centre and Delhi Metro Rail Corporation (DMRC) over the recent hike in the metro fares, despite the AAP’s objections. 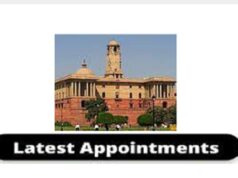 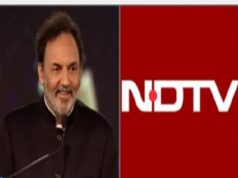