(G.N.S) Dt. 17
Ahmedabad
A class II veterinary doctor posted in Patan was trapped by a team of state anti-corruption bureau (ACB) on Friday evening. The doctor had demanded and accepted Rs 2,000 as bribe from the complainant of the bribery case. It all went according to the script till that point. However, when the doctor realized that he was trapped by ACB, he quickly swallowed the currency note and made a dash.
The ACB team got hold of him and took him to the medical facility to get the note out. The case was not registered on Friday night as the procedure went on till late hours.
Recovery of the bribe money is always an important part of the corruption case as the accused accepts notes with the numbers which are already registered with us. It’s not the first such instance where the accused try to evade the police action but surely a unique one,” said a senior ACB official. 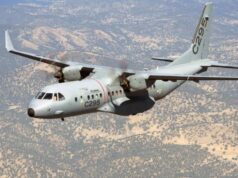