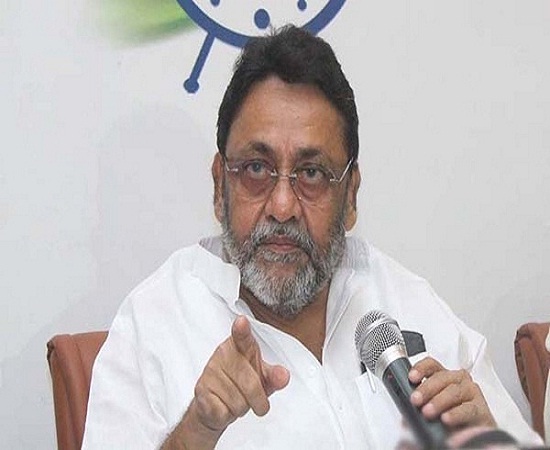 Apart from the different coalition equations, speculation of an alternative to presidential rule seems to be made intermittently.

(G.N.S) Dt. 08
Mumbai
The ongoing political stir has been intensifying since the results of the Maharashtra Assembly elections. Apart from the different coalition equations, speculation of alternatives to presidential rule seems to be made intermittently. Nationalist Congress Party (NCP) senior leader Nawab Malik has attacked the Bharatiya Janata Party. He has alleged that BJP wants to run the power of Maharashtra from Delhi by imposing President’s rule.
Malik has alleged on Friday by tweeting – BJP wants to push Maharashtra to power from Delhi through Modi and Shah ji, pushing BJP towards President’s rule. The public will not tolerate this insult to Maharashtra. Malik further said – Maharashtra does not bow to the throne of Delhi, this is history.
The countdown for the termination of the tenure of the previous assembly is now on, which will end on 9th November (Saturday). In such a situation, there is only one day left for all political parties to make alliances. Although there was an alliance between the Shiv Sena and the BJP before the elections, but the Sena has not softened the tone of the BJP even after the elections, due to which the relationship between the two seems to be shaken.