(G.N.S) Dt. 27
New Delhi/Mumbai
Anil Ambani-led Reliance Communications (RCom) on Tuesday has finalised a new resolution plan to reduce its huge debt by up to Rs 39,000 crore through prepayment. The company said it would form a new RCom with debt levels under Rs 6,000 crore. The resolution plan, however, involves exiting strategic debt restructuring (SDR) and monetising some of the company’s assets, including transfer of spectrum liabilities by March 2018. Crippled with total debt of Rs 45,000 crore as till October this year the company claimed a full debt resolution by March next year, but without involving any conversion of debt into equity and exiting the SDR framework, apart from coming on-board of a strategic investor. However, the company did not mention any particular name the new investor(s), but sources close to the development said that there would be 50 per cent foreign investors and rest 50 per cent from India. With the announcement of its debt revival plan, shares of RCom zoomed nearly 32 per cent. The embattled mobile carrier had total debt of Rs 45,000 crore as of October end this year and aims to reduce that to Rs 6,000 crore, Ambani said at a briefing in Mumbai. “RCom plans to settle on buyers for assets including its telecom spectrum, towers, optical fibre network and real estate, with all transactions to close between January and March,” the company statement said. Announcing the resolution plan, Anil Ambani said that the new plan has the support of a Chinese lender that had dragged it to the NCLT for dues running into $1.8 billion, and would see RCom bringing down its mountain of debt by Rs 25,000 crore.
“As far debt resolution is concerned, it involves RCom exiting SDR framework with no conversion of debt into equity and zero write-off by lenders,” Ambani said, adding the company expects full closure by March 2018.He further said that the deal involved an eight-stage asset monetisation process under an oversight committee headed by former RBI Deputy Governor SS Mundra with members from telecom regulator TRAI and the whole process will be completed in 40 days flat. The proceeds from asset monetisation will be used only to pay back the lenders, including China Development Bank with whom the company sealed an out-of court settlement last evening in Beijing.“On the no hair-cut for lenders, he said the new plan involves zero equity conversion for lenders and bond holders. The debt resolution also involves part transfer of spectrum installments,” Ambani added. 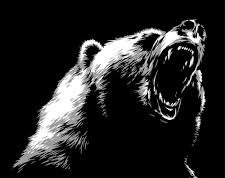