(G.N.S) Dt. 6 Gogra/New Delhi India and China have agreed on disengagement in the area of Gogra in eastern Ladakh, Army said on Friday after 12th round of Corps Commander talks. The agreement on PP17A was reached during the 12th round of Corps Commander-level talks held last week. The meeting, which was part of a series of measures to resolve the 15-month standoff in Ladakh, was held on the Indian 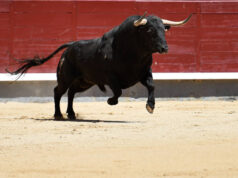 Indian equity benchmarks ended more than 1.5% higher on Tuesday, with banking and metal stocks bouncing back from the previous session after fears about...

20 Counters for Testing at Delhi airport for Foreign Passengers arriving...